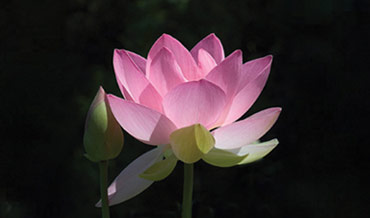 This book awaiting publication is a study of values and their relevance in human evolution and progress. There prevails a misconception as a result of the materialistic logic that values observed by man are just expressions of social contracts that took shape by a slow process of social adjustments. This is an unscientific view. When we study Nature and observe the subhuman levels we find the prevalence of value systems that maintain a certain balance in the world of life. A cultural evolution had certainly taken place along with the organic evolution, about which the earlier theorists could not devote ample time for studies. However, the observations of many of the modern biologists reflect their growing awareness of this fact. Hindu philosophy is based on a great scheme of evolution that took place from the subtlest Reality through various stages in the expression of the physical universe, in which consciousness and values are integral parts. This book that integrates ancient insights and modern biological knowledge is an illuminating study of the relevance of values in the evolution and progress of mankind.

Another book awaiting publication. 'Sri Lalithaa-Sahasranaama-Stothram', the renowned hymn on the Divine Mother, can be rightly called 'The Song of Human Evolution'. The grace, splendor and beatitude of the Supreme, conceived as the Divine Mother, throb in this hymn of exceptional spiritual power and meaning. The Personal and Impersonal aspects of Reality, the stages of formation of the universe from the Supreme Mother, the relation between man and the Supreme, the subtle energies in man that bring him in communion with the Divine, the higher faculties that express in him as this communion deepens, are all dealt with in this unique hymn. The daily contemplation of this hymn reinforces human life, liberates man from his pestering doubts and anxieties, and gives him the knowledge and experience of his transcendental Divinity. The book is an exploration of this great hymn with a modern perspective.

The Yogasutras is a science of sciences. It is to be said that where Charles Darwin’s Theory of Organic Evolution ends, Patanjali’s Yogasutras begins. Darwin’ s line of evolutions take into account only the mechanistic factors that are involved were involved in evolution such as showed the natural selection, survival of the fittest, etc. During his time, the very important branch of biology, did not take shape, which happens to come closer to the Vedantic concept of vaasanas, the latent subtle impressions that result in the manifestation of life. Yogasutras form a higher science that can complement modern biology to take humanity to higher stages of meaningful existence, beyond the mechanistic rut in which the materialistic aspect of science is binding the human mind. This book in the form of questions and answers clears the modern doubts while expounding this super-science of human evolution and Liberation.

SRI- CHAKRAM -The Form of the Formless

Sri-Chakram is a power-laden spiritual symbol having profound inner meaning. It represents the stages of evolution of the univers from the central Divine Reality. It also reveals the phases through which man can free himself from his restrictive physical conditioning and expand to the higher stages of consciousness and freedom. The mathematical qualities of the symbol have become an enigma to the scientists and there are continuing research and study of this mystic design we inherit from the remote past. The book explores into the various spiritual and scientific aspects of Sri-Chakram, which has a special significance in the worship of Divine Mother.